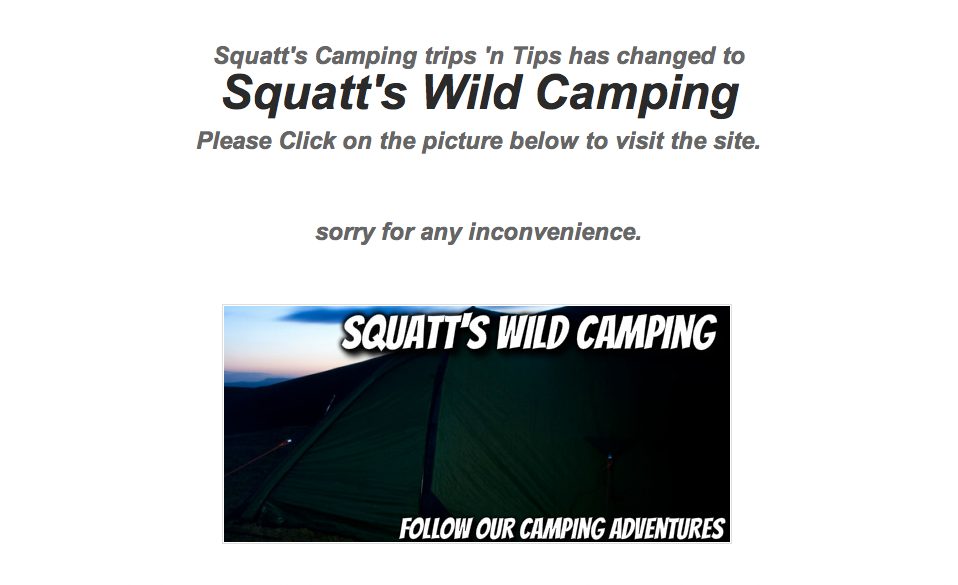 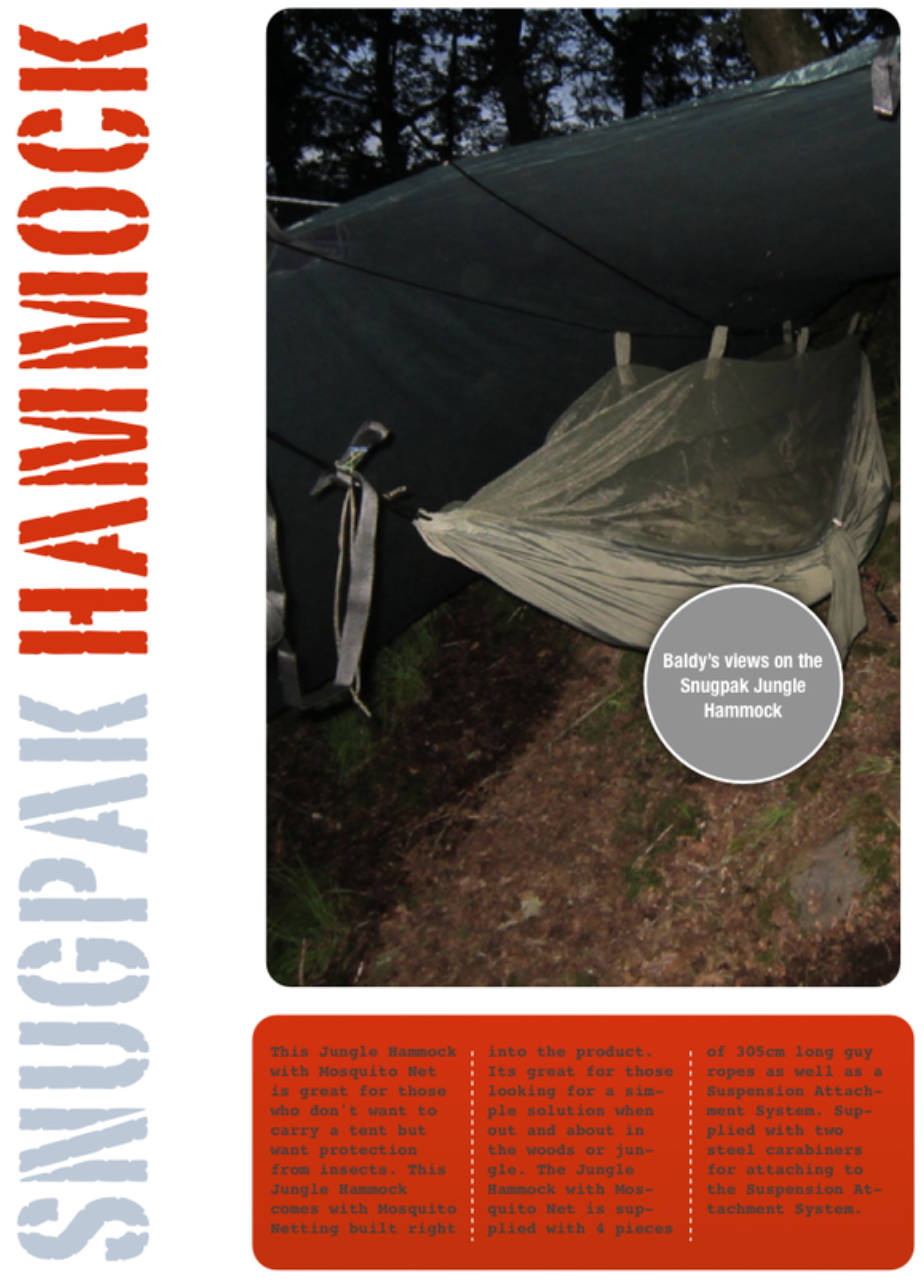 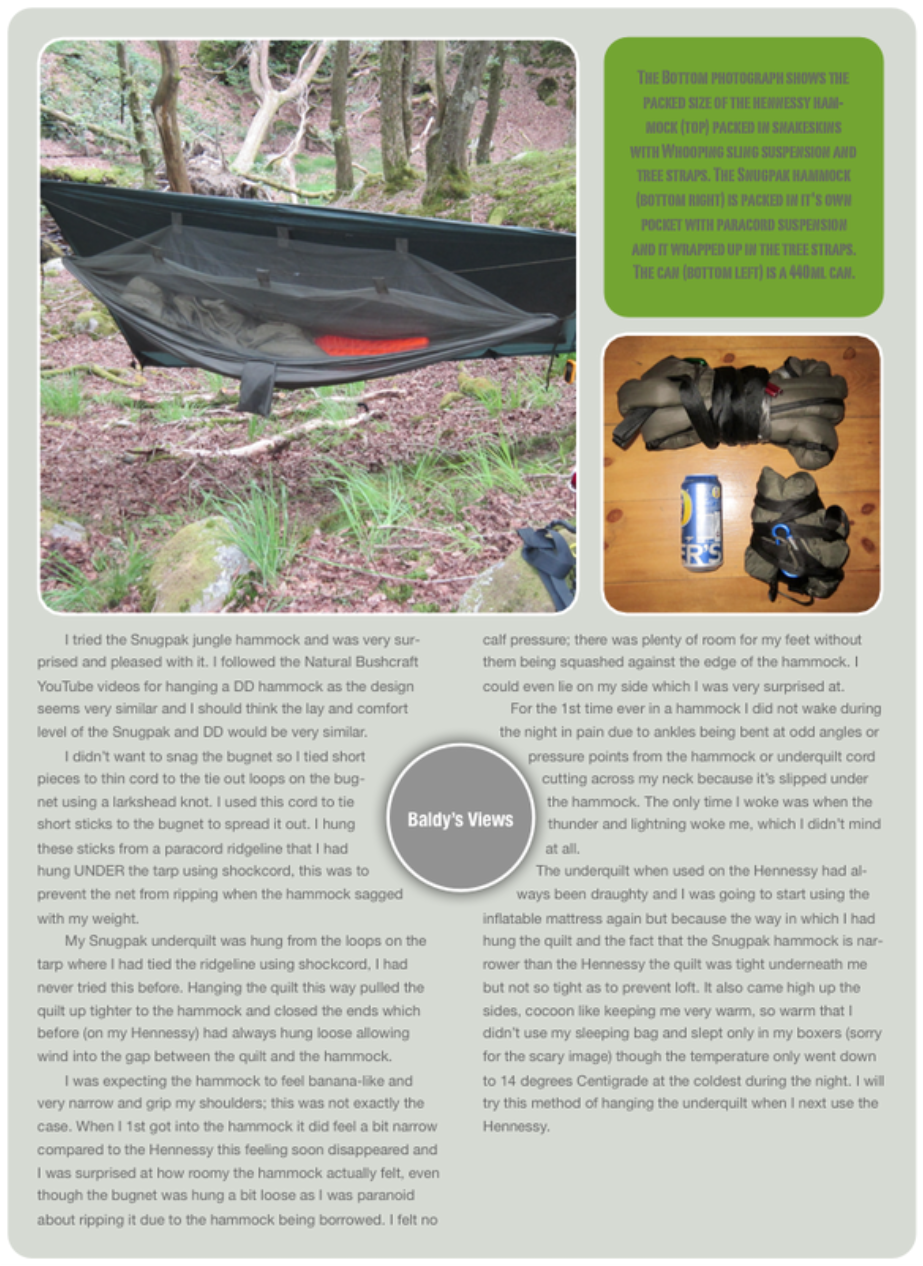 I made spreader bars and toggles (as below for the tree huggers) out of bamboo that just happens to be growing in the garden. These have added 135g to the weights, obviously lighter materials can be used or make them on location, but I found that to be more trouble than the worth of it. 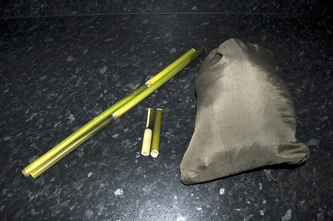 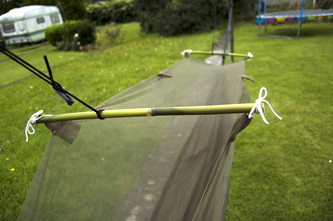 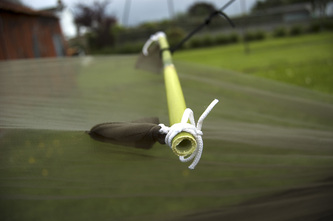 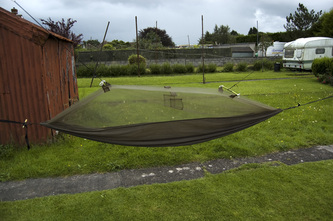 There are a couple of issues I had with the Snugpak hammock.
• The bugnet compared to the Hennessy bugnet looks and feels extremely easy to rip.
• The loops on the bugnet for attaching spreader bars/sticks are made from the same material as the bugnet and look easy to rip.
• The material of the actual hammock looks very thin.
• Paracord suspension.
• The bugnet could do with webbing sewn from the hammock on one side right across the ‘roof’ where the spreader bars are to the other side of the hammock to prevent over-tightening ripping the net.
• The Ridgeline organiser on the Hennessy I find very useful for holding my head torch and camcorder during the night. In the Snugpak hammock I wouldn’t even like to rig up a ridgline organiser as the net looks to weak to hold it.
However dealing with these issues would make the hammock heavier and bulkier. The hammock as it is packs down very small and weighs only 655g with tree straps, karabiners and suspension. Whilst the Hennessy with whoopie sling suspension, tree straps and toggles, karabiners and snakeskins weighs 1188g.

I only used the Hennessy once more after trying this hammock, I was so impressed with the comfort
level of this design i didn't want to go back to the hennessy so i bought the dd frontline!